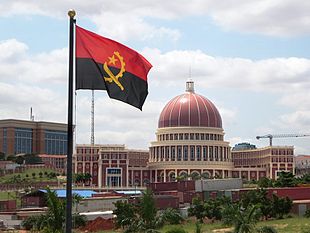 In July, the fourth democratic elections of Angola took place, which resulted in the victory of the MPLA, a party that ruled Angola for 42 years, again with a majority of about 61% of the votes.

As a result, former minister João Lourenço, 63, a former Defence Minister, has been appointed the third President of Angola since its independence.

The 2017 elections marked the end of an era and set a precedent in Angola, an excellent example which many other countries in sub-Saharan Africa can learn from, particularly given Angola’s painful past.  The Former President José Eduardo dos Santos will be remembered for being the architect of peace and the social reintegration of Angola after more than 30 years of political instability and conflicts.  His legacy will be remembered as that of a great statesman, who voluntarily handed over his presidency to João Lourenço, a man who José Eduardo dos Santos trusted.

Angola has a wide range of natural resources, but currently only oil and diamonds are in full exploration phase.  The International Monetary Fund (IMF) estimates a growth of 1.3% of the Angolan economy this year after stagnation in 2016, but advocates “containment” in the wage bill, mainly because of the “shock” of the oil price “which has considerably reduced Angolan tax revenues and exports”.  The IMF’s latest forecast for economic growth contrasts with the projection of the Angolan Government, which estimates 2.1% but fundamentally both predict growth. 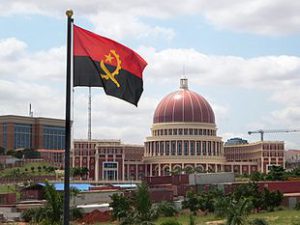 It also stresses that a more flexible exchange rate, coupled with more favorable monetary and fiscal policies, will be essential to address exchange rate imbalances and contain inflation, urging the gradual elimination of exchange rate restrictions which will improve the environment for investment.

From a human capital point of view, the country has made very ambitious efforts recently to sponsor the training of Angolan youth to study in foreign universities in countries such as England, France and Portugal.  This has ensured a good quality of graduate training for Angolan nationals and has been linked to requirements to return to work in their home country.

The policy of Angolanisation of management roles has forced companies to find Angolan Managers and to provide them with the training and experience required for positions of leadership for the organisations in Angola.

So it appears that Angola is emerging from a very challenging period.  After economic, political and social stabilisation, the future of Angola will be promising leading to investment back into the country, to take advantage of the huge potential Angola has to offer.