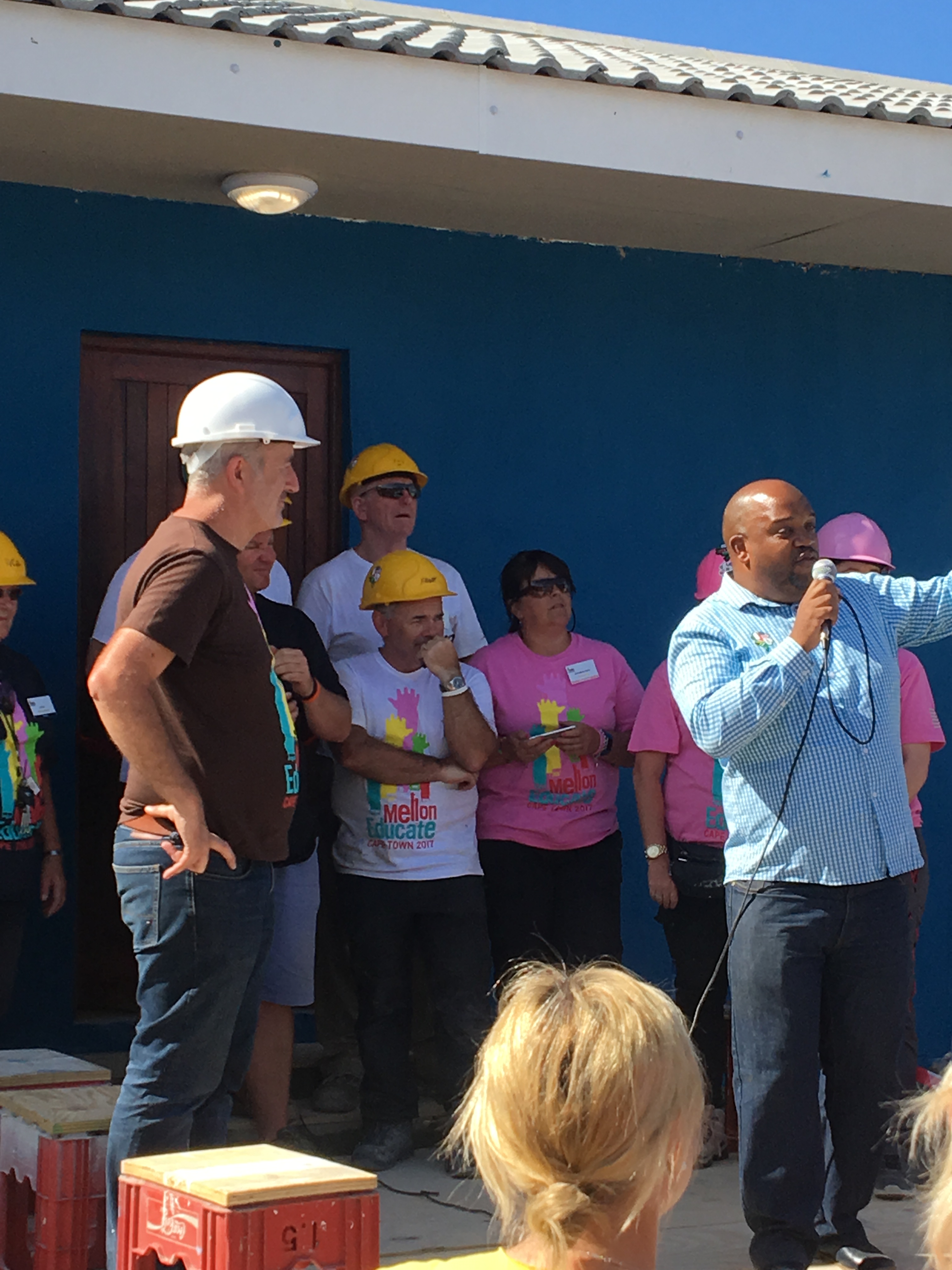 Earlier this year Duncan Ward, Account Director at Oracle UK was introduced to the Mellon Educate charity by Dermot O’Kelly, Managing Director.  Dermot was telling Duncan and a group of his colleagues about Mellon Educate, the great work they do in Africa, and his ambition to get a group of Oracle UK staff to join the “2017 Building Blitz”, an annual week-long volunteering project in the Khayelitsha Township near Cape Town, building school classrooms and facilities to help educate some of the world’s most underprivileged children.

Duncan had spent a summer in South Africa in 1991 and loved it there, so was particularly struck by the idea of going back and helping the local community.  In order to participate, each person had to raise £3,500 to fund the project.  “How hard could that be?”….  Quite hard, as it turned out!  But in blissful ignorance, Duncan signed up and went off to think about fundraising ideas, as he had never had to raise that amount of money for charity before.

Throughout the summer Duncan undertook several fundraising initiatives, and was introduced to Sarah Fitzgerald, Managing Director at Executives in Africa (EiA), who was very interested in the Building Blitz project and its positive impact on children in Africa.  Duncan was thrilled that, with Sarah’s influence, EiA agreed to be a major sponsor to support him.  Furthermore many EiA staff members made generous individual donations which was most humbling for Duncan and helped him reach the fundraising target in good time.

On November 11th Duncan flew to Cape Town to meet up with nearly 300 other Mellon Educate volunteers mostly from the UK and Ireland but some from much further afield.  Duncan had not been to Cape Town for many years so it was great to be back.  After checking in at the hotel, the volunteers were immediately bussed out to the project site, to see what they had let themselves in for!  Many of the volunteers had previously done Building Blitz projects for Mellon Educate and roped in the Building Blitz rookies almost immediately.

The annual Building Blitz is organized by Mellon Educate to construct new classrooms, play areas, kitchens, etc. either to extend existing schools or build new ones.  This year the volunteers were tasked with extending three existing schools in the centre of Khayelitsha Township, an area of extreme deprivation and its fair share of violent crime, drug abuse, absent parents and high unemployment rate.

By building the schools and providing an education facility for the children of Khayelitsha, the Mellon Educate Charity, together with local partners, aims to help children have better life chances through structured education.  As quoted by the late Nelson Mandela “Education is the most powerful weapon you can use to change the world.”

Duncan knew the Building Blitz was going to be hard work for an “office boy” like him but the 05:30am Monday alarm and a ten-hour shift on the building site was a shock to his system as was seeing the conditions local families lived in.  Driving into the township was an eye opener, seeing miles and miles of corrugated shacks for homes, no bigger than a decent garden shed in most cases.  However, the schools they were to build were far from shacks and it was obvious the need to provide a sustainable education facility in the middle of the township’s degradation and chaos.

The Building Blitz volunteer groups consisted of skilled tradespeople and labourers (i.e. the Jack of all trades and gofers) and Duncan fitted firmly into the latter.  They were assembled into their project teams and quickly got stuck in. 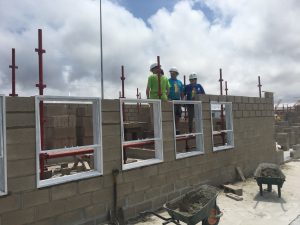 On day one they started with a foundation slab for the classrooms using a pile of building materials stacked up nearby.  The amazing thing about the Building Blitz is the organization and speed of the build.  In no time the concrete blocks were being laid and scaffolding erected, by lunch time the walls were up to window level and by the end of the day they were above the door frames.  As the team left the site on the first day to head back to their buses, it was hard to comprehend that classroom blocks were now standing where earlier there were none.

With 300 Mellon Educate volunteers, mostly of Irish origin, and a beer (or more!) waiting at the hotel on their return, the evenings passed very quickly.  As well as the skilled tradesmen and women, Duncan met inspiring people from all walks of life, demographics, and ages, from 16 to 76.  At least half the volunteers were female, and lots of volunteers had brought their grown-up children to experience the build too.

As the project progressed through the week the pace didn’t slack off at all and if anything it became more frenetic.  Day two: block walls finished, paths laid.  Day three: the roof started to go on and the internal fit-out started.  Day four: roof tiles on, ceilings boarded, internal and external painting was completed.  Day five: windows glazed, electrics fitted, fit-out finished and the site was cleared.  It’s amazing what can be achieved with a motivated team, good project management and a whole lot of willing volunteers focussed on one aim.

At the end of the Building Blitz, each site was handed over to the School Principal and students, with all the Building Blitz volunteers in attendance.  Duncan found it very emotional to see the impact on the teachers and children.  They were truly lost for words to see that so many people had flown from around the world, funded by many others, to come and build a school for them.

As you might expect there was a big celebration for all the volunteers on the last evening back at the hotel, which went on until the small hours, with lots of hugs and “see you next year at the 2018 Building Blitz!”  It was not hard to see why many Mellon Educate volunteers come back year after year, stating “It gets under your skin very quickly”.

Duncan is very thankful to everyone at EiA for supporting the role he played in the 2017 Mellon Educate Building Blitz and we are proud to have support him in an initiative which will have such a lasting and positive impact on Africa. 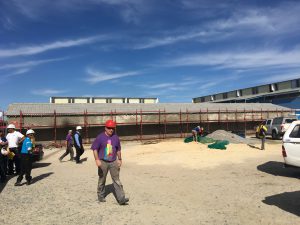 “You have helped make a difference to children’s lives in a corner of the world where they need it most” – Duncan, 2017 Building Blitz volunteer

For further information about Mellon Educate or to find out how to volunteer for 2018 Building Blitz visit: https://www.melloneducate.com/