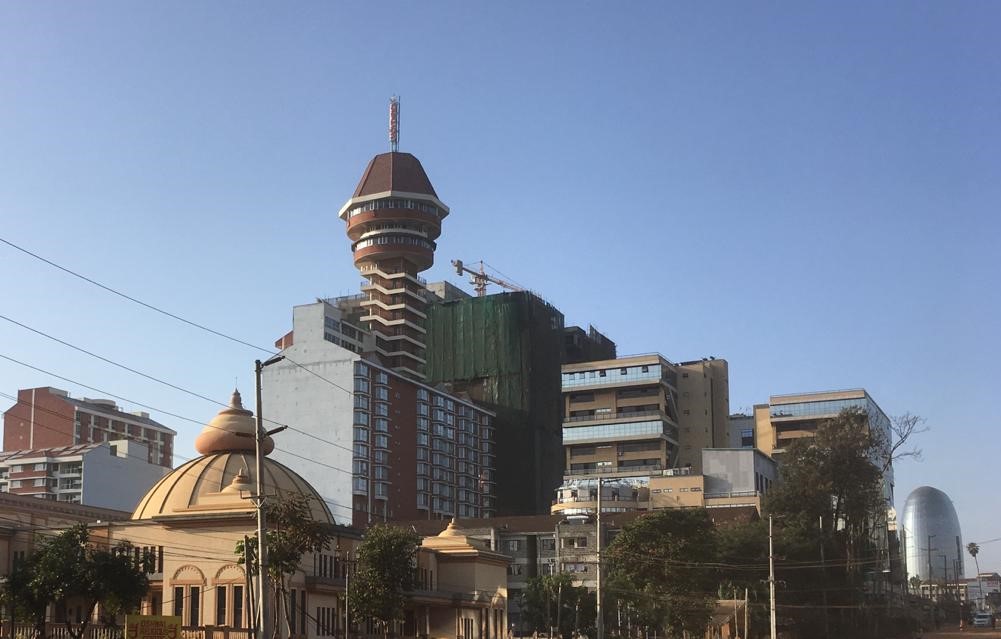 Dennis Chaling’a is Regional Finance and Project Officer for KNCV Tuberculosis Foundation. Dennis holds Bachelor of Commerce Degree from the University of Nairobi and is currently pursuing master’s in business administration majoring in Operations Management from the same University of Nairobi. Dennis is accomplished in financial management majoring mainly in project finance. He has managed finances for various organizations at both country and regional level. He has wide experience in dealing with both government and intergovernmental bodies within the African region. Here are his thoughts on the growth in East Africa.

What do you think have been the biggest changes that East Africa has seen over the past 2 years that are driving growth in the region?

In the last two years, East Africa has seen unprecedented infrastructural development, ranging from road expansion, power generation plants, standard gauge railway, mega dam projects, electric trains among others. In addition, there has been great growth in information communication and technology (ICT) in the region.

The growth in ICT has been in terms of expanded access, development of policies and guidelines by countries to control on how ICT is used and even growth in the number of service providers and auxiliary services that depend on ICT.  This has greatly impacted service delivery in the region from both private and public sector.  More and more people are having access to ICT platforms, transactions are being carried out on mobile devices and virtually every sector is being challenged to be innovative every passing day.  The development of apps for anything is the norm of the day.

More and more families are taking it upon themselves to see to it that their sons and daughters acquire an education, and indeed a better quality of education, with a view of preparing for them a better tomorrow. Education has led to growth of the middle-class population that, more often than not, demands for development of recreational centers in the various countries, improved quality of housing, schools and other amenities.

The ease of doing business index has also greatly improved in some countries within the region.  Kenya for instance, has developed an online portal through which businesses can be easily and efficiently registered online with the ability to track the registration process.

Legal requirements which were there previously, have been eliminated.  Previously one required to have a company secretary to register a company, but this requirement was done away with in the 2015 Companies Act in Kenya in addition to opening up her borders so that all Africans can get visa on arrival when they come to Kenya.

Ethiopia is increasingly improving access to its borders through online visa application and visa on arrival for a growing number of visiting nationalities.  More countries are doing as much as possible to see to it that there is improved ease of doing business in their borders.  Countries are setting up one stop shops in which all registration processes for business can be done as quickly and as seamlessly as possible.

Change of leadership in some countries, and specifically Ethiopia, has worked greatly in the favor of the region. The change of leadership has led to mending of bridges between Ethiopia and Eritrea.  After close to twenty years, there is now a direct flight from Addis to Asmara in Eritrea.

This has opened up Eritrea to the region unlike in the past where Eritreans had to travel to the Middle East before coming to Africa since they had been cut off from the rest of Africa.  Eritrea’s port is now less restricted and able to be more active in serving Ethiopia in a better way. This means as long as there is good relationship between Ethiopia and Eritrea, there will be growth in both Ethiopia and Eritrea.

For Eritrea, there will be increased use of its port which will require infrastructural, ICT and service industry development. For Ethiopia, there will be reduced cost of doing business since Eritrea is closer than the current port they are using which is in Djibouti. This will greatly lead to reduced transportation costs for Ethiopian businessmen.

Does East Africa’s surge in growth represent a one-time event or an economic take off?

This surge in Economic growth in Africa presents an economic takeoff.  East African leaders seem to be inclined towards carrying out ambitious projects for their countries.  Ethiopia for example, is poised at making sure that it becomes the point of convergence for all persons travelling by air from the region to other parts of the world through their well-coordinated air transport, airport and the hospitality industry.

Rwanda on the other hand is working to ensure it’s known as a country that offers the best conference facilities.  Uganda is offering itself as a place to think about if you would like to set up and industry.  Kenya on the other hand is trying to improve its education system to have competent population to run the East African economies.

This does not mean it is a bliss all the way, there are still challenges that these countries are facing in terms of high disease burdens, corrupt leaders, insecurity, terrorism, political intolerance, famine and drought among other challenges.

The fact that a big number of the citizens of the East African countries still rely on rain-fed agriculture offers an opportunity for investment in Agricultural sector. This entails investment in irrigation schemes and advanced post-harvest handling techniques to reduce food wastage that occurs in the region post-harvest.

The East African Community (EAC) have agreed to co-operate in the areas of investment and Industrial Development. This co-operation seeks, among other things, to rationalise investments and to fully use established industries to promote efficiency in production, as well as harmonise and rationalise incentives with a view to promoting the Community as a single investment area. The growth in East Africa is undoubtedly a goldmine of opportunity.

Next month Dennis will give his thoughts on East Africa – Local, Diaspora or Expat? Who Will Lead the Economic Propulsion?