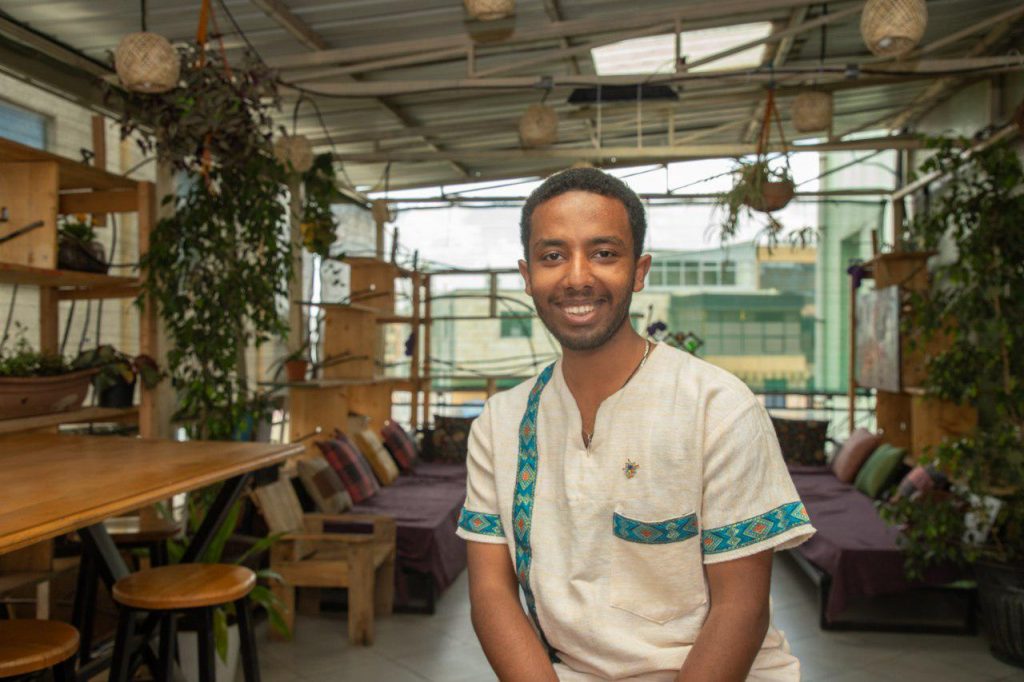 My mother has taught me two sayings in my life.

I was only 10 when she told me the first one.  I will never forget the day, for it was a Sunday afternoon.  I always look forward to such afternoons because the coffee celebration is always special. Drinking the beverage with family and friends is a blessing, and the snacks are sweet too!

I was just sipping from my cup, minding my own business when Mother asked, “When spiders webs unite, can they tie up a lion?”

I tried wrapping my mind around that, and responded with a simple, “No!”

After all, everyone knows how strong and powerful a lion is and how weak a spider’s web is.  I replied to my Mother that there was no way spiders’ webs united could hold back the powerful black-maned lions that roam the Ethiopian highlands.  She just smiled and told me that I would understand in due time.

It turns out she was right.

It was evident earlier this year when I sat in a room among a group of fellow young Africans, preparing for the Global Soil Week 2019.  We had all arrived from different developing countries on the continent, all as economically weak as a spider’s web and it became clear that the poverty and poor agricultural production was the lion roaming our lands. It was also evident that our role in this project was to collaborate, in order to change our communities through sustainable agriculture.

These tiny webs were forming a strong union that would eventually tie up the lion.  It made me think;

Imagine if all young people would think as one.  Imagine if, when faced with a problem, we all put our heads and try to come up with different solutions or spread the word for others to hear.

This is just the beginning and I believe that my generation can do so much more than what we can think of.  When the effort is united, small contributions made by many, can make a massive difference.  The seas and oceans are made up of tiny molecules of water so small they cannot be seen individually but bound together they form a body of almost inconceivable size and incomprehensible size and force.

I was 13 when she told me the second one.

“Yared…” She called me one Saturday morning, “Do you know that two heads are better than one?”

I tried thinking of any people that I knew who had two heads, but I couldn’t think of any and I told her so.  Once more, she smiled, and said that I would understand in due time.

It turns out that, once again, she was right.  I quickly realized this when the youth participants in the Global Soil Week started sharing their experiences.  We didn’t just have two, but more than ten heads from across Africa joining in and sharing with each other, creating and working together in making Global Soil Week 2019 a success.

John Agboola facilitated the session on the usage of social media as a reporting tool.  He declared that, “I will tell you everything that there is to know about social media till there is nothing left to tell, or secret left to reveal…”

Everyone in the room wrote down their twitter handles on sticky notes and pinned them on the display. There was a lot of constructive feedback, as each person made a critique aimed at improving the other participants’ profiles. I had mistakenly opened multiple accounts, and I was guided on how to concentrate on the most recent one and make it exceptional.

It was a great learning experience because there were lots of things that needed correcting.  I received the feedback face to face, which enabled me to grow from the experience as did everyone else.  We then went into other different social media platforms and the process was repeated.

And with that, we readied ourselves for the event and what our input would be at the conference.

Looking back retrospectively, the analysis was done successfully, largely thanks to the approach taken during the training. We exceeded our targets, and the event trended on social media in Nairobi as we had envisioned and the key messages pertaining to conservation of soils got out there.

It turns out, joining several heads together was an effective problem-solving approach. My mother was right, unity of purpose is important in order to achieve anything substantial. I am glad I was part of that amazing team, and that our work had a positive impact.

Yared studied Software Engineering at Adama Science and Technology University in Addis Ababa. During his time there, he was involved in a charity group and was also one of the Founders and President of Red Cross Club in the University.

As part of the Executives in Africa team based in Ethiopia, Yared works on Research Projects including database integrity.  In his spare time, he undertakes charity work as well as having a keen interest in photography and graphics work.

Yared has a keen interest in the role of youth in achieving ambitious goals of ecosystem restoration and has been part of Global Soil Week this year. The focus for Global Soil Week this year has been on the creation of an enabling environment for sustainable and climate resilient agriculture in Africa and demonstrating the importance of nature-based solutions and where youth play an active role.