In September, as part of the Seamless East Africa Conference in Nairobi, I stood before a large group of executives, government officials and startup founders and delivered a keynote talk titled Inside Innovation.  The gist of my talk, in fact the gist of many of my talks that I have been giving around the world lately, is that innovation is now an essential capacity for every country, company, city and individual, and that to succeed at that capacity, we should spend less time writing technical code and more time de-coding humans.

Behavior is the root of everything. Consequences come from behaviors. Actions are a function of behavior. Good and bad decisions are fueled by good and bad behaviors. And the greatest obstacle to innovation adoption is behavior change. Whatever it is we want the other to accept, embrace, buy, or buy into requires him or her changing their behavior. And humans hate, I repeat, hate changing their behavior.

As behaviors can be an obstacle, they can also serve as a profound lever.  And that’s what I saw as I walked (flew) away from Africa, after a week in Nairobi and another visit early this summer. I have this crystal-clear view of how Africa’s behaviors are perfectly in line with the opportunity before it.  My perspective goes something like this:

We now live in a world of ever accelerating change.  And the only way to survive, let alone thrive, is to change faster than the pace itself.  And the organizations and individuals who are best suited to do that are the ones who are natural born entrepreneurs.  And that is Africa.

The continent was arguably the birthplace of the first entrepreneur, the first pioneer, modern man, Homo Sapien.  It is a capacity and sensibility that goes back literally hundreds of thousands of years.  And it exists today, as manifest in behaviors that are the behaviors of all successful entrepreneurs.

There are seven of these behaviors;

The first is need. Successful entrepreneurs need to innovate, need to solve the problem they have set out to solve.  I have said that there are only two motivators of behavior change, aspiration and desperation.  Aspiration is a want state, desperation is a need state.  Aspiration, as in “I really want to lose ten pounds” is nowhere near as effective as “I need to lose ten pounds, or I will double the risk of a heart attack.”

Need is perhaps the greatest innovation advantage and Africa needs to solve the problem before it.

The second behavior involves resources.  The best entrepreneurs figure out how to do more with less. Resource constraints motivate resourcefulness.  The quest to innovate can actually be enabled by a lack of resources which forces out of the box thinking.

Vijay Govindarajan, a Dartmouth College Professor wrote a book entitled Reverse Innovation about the advantage developing economies have because they have less. He shares a story of a prosthetic being developed in India for less than $50 because that was all they could afford. That same prosthetic costs $300,000 in the United States.

A lack of resources is Africa’s second innovation advantage. 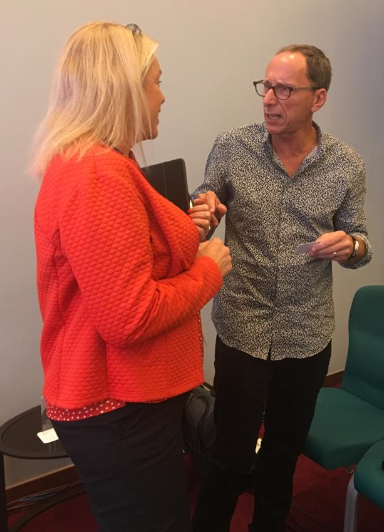 The third entrepreneurial behavior is derivative of the continent’s lack of legacy infrastructure. A lack of pre-existing conditions and structural norms results in an open-mindedness, a willingness to invent, without worrying about what from the past we have to carry forward or connect to. As one example, Africa’s lack of landline infrastructure and established payment systems resulted in M-Pesa being adopted by over 30 million consumers in ten short years and along the way changing the lives of millions.

Africa’s lack of legacy systems is an advantage.

It’s an advantage that is made greater by the fourth behavior, motivated by a belief system that there is no real downside to taking risk.  Every entity, from the individual to the collective to the country will fail or at least falter when it stops taking risk.  But not risk for risk sake; risk that is calculated on the objective truth: the truth of who we are, the real problems we must solve, and the truth about the humans involved, including ourselves.

The truth is that Africa can see or sense that not taking risk is not an option. And that is advantage.

Alongside truth, the other great mitigator of risk for any entrepreneurial endeavor is less the calculation and more the constant revisiting of purpose and the reckoning of decisions and investments against that measure.  The greatest organizations in the world, from corporations to coffee shops, are kept clear headed and sure footed by their laser focus on purpose, on their Why.

The fifth behavior of Africa, living the Why, is without question. When my Kenya Airways plane lifted off from Jomo Kenyatta Airport that last night my sense of the continent’s Why was palpably in sight; its shared task to realize its full potential and to improve the quality of life and latitude that all of its inhabitants have, feel and believe in.

Implicit in that purpose-driven behavior, that key entrepreneurial “way”, is the recognition that no innovator succeeds alone.

It takes a village to create a better village.  It takes partnerships to build bridges.  Startups fail, corporations falter and empires collapse when people stop working together, when hubris replaces humility and self-sacrifice gives way to self-serving behaviors.

Africa’s ability to realize its Why is predicated on its ability to come together with not just shared intent but shared values as manifest in consistent and constructive behaviors that benefit the whole.  This may be the toughest task.  To turn what is a nascent interest in collaboration into a foundational capacity to work together and to weed out the politics, divisiveness and corruption.  The best companies in the world behave with integrity.  That is Africa’s charge and one day should be its advantage.

The final behavior is the perhaps less a behavior and more a characteristic. Successful entrepreneurs, successful pioneers are brave, are unwavering in their resolve and work ethic, and in their conviction that their vision can be realized.  Pioneers are not afraid of the truth, of failure or even success.  They march forward with courage and confidence regardless of the barriers they must scale.  Courage is the spawn of pride, of a belief in self and in the gifts one has been given.

My sense of the vast continent is that pride and courage abound, as they should. And that is the supreme advantage.

I walked away from Africa with a flood of feelings and a strong belief that its time is now, its entrepreneurial capacities and behaviors coming together to realize its Why, yielding material progress for the companies, countries and families that make it up, and in doing so achieve something that no other continent has ever achieved.

The challenge to its leaders and innovators is to not lose sight of the power and imperative of putting the truth of our human-ness at the center of the innovation equation while motivating, enabling and holding accountable the right behaviors.

I look forward to going back.

Chris Colbert is an author, inspirational speaker, innovator and globalist committed to help countries, companies and individuals realize their full potential. He can be reached at chris@chriscolbert.com or via LinkedIn.